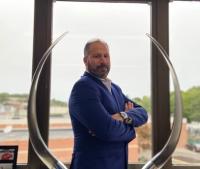 Mr. Sharinn has successfully litigated more than one hundred patent, trademark and copyright infringement matters in several domestic and foreign jurisdictions.  In this regard, he has worked with the United States Customs Service (both I.C.E. and Homeland Security), the United States Federal Bureau of Investigation, the United States Treasury Department, the United States Alcohol, Tobacco and Firearms Agency, Interpol, the World Intellectual Property Organization and numerous local law enforcement agencies (within the United States and throughout the World) in connection with the thwarting of illicit trade including smuggling, parallel imports and the manufacture and sale of counterfeit goods, as well as the freezing and seizure of assets derived from such illegal activities.

Mr. Sharinn is registered with the United States Patent and Trademark Office.  Much of his patent work is directed to the litigation and licensing of patents relating to, among other things, pharmaceuticals, medical devices, electronics, cosmetics, heavy machinery and consumer goods.

In addition, Mr. Sharinn has considerable experience with representing entities and individuals in the sports and entertainment industries. Specifically, he represents professional athletic leagues and teams, as well as media companies, producers and distributors. Mr. Sharinn has lectured extensively within the legal community and before industry groups, law schools, and business management programs.  He is also widely published.

Mr. Sharinn is a member of the International Trademark Association’s Anti-Counterfeiting Committee, the Bar Association for the City of New York (Sports Law Executive Committee) and the Sports Lawyers Association.  He is a former chair of the Continuing Legal Education Web-Committee, and a former chairman of the Sports & Entertainment Section of the Connecticut Bar Association.  Mr. Sharinn is a former member of the Technology Transfer Executive Committee of Connecticut United for Research Excellence, Inc. ("CURE"), former member of the Board of Directors and former chief legal officer of Camp Compass, Inc.